Land use optimization tool helps the farmer to identify the best and weakest field parcels on the basis of several characteristics.

Land use optimization tool allocates virtually all field parcels in Finland either to sustainable intensification (green), extensification (red) or afforestation (dark red). Sustainably intensified fields are primarily used for food production, while extensified fields are allocated for greening purposes (green fallow, nature managed fields etc.) to increase landscape diversity and recover from soil compaction or any other imperfections. Afforested fields again have too many serious defects and therefore, lack any future role for food security.

The developed land use optimization tool is implemented for all Finnish farmers via the EconomyDoctor portal of the Natural Resources Institute of Finland (Luke). The tool will be launched for farmers’ use with strong authentication to safeguard privacy. Farmers may grant access to advisors and neighboring farmers. The tool is routinely updated automatically when new data appears, e.g. regarding the data on NDVI-based productivity gaps. 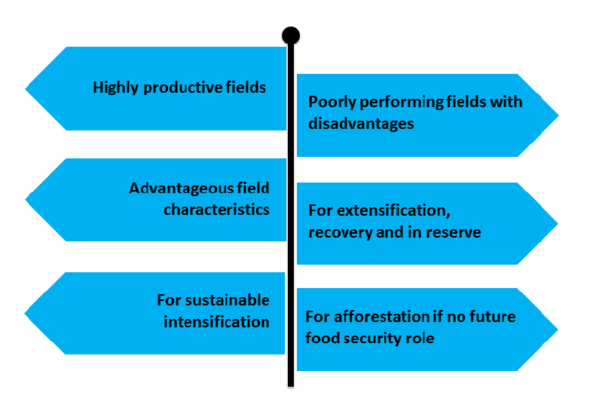 The tool has a three-step scoring system based on seven physical characteristics and the productivity of field parcels.

The first scoring round is based on the general physical characteristics of field parcels (parcel size, shape, slope, distance to the farm center) and the second round is based on productivity estimations that are calibrated using optical satellite NDVI-values estimated for each parcel and also on the proximity to waterways. The production capacity was assessed by using satellite data for different crops from critical growth stages to determine the total biomass. 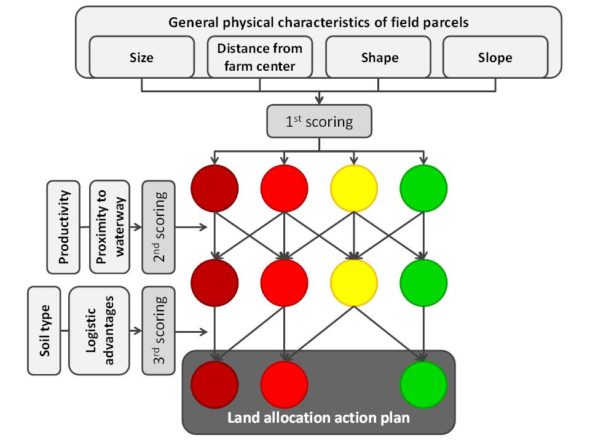 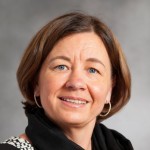 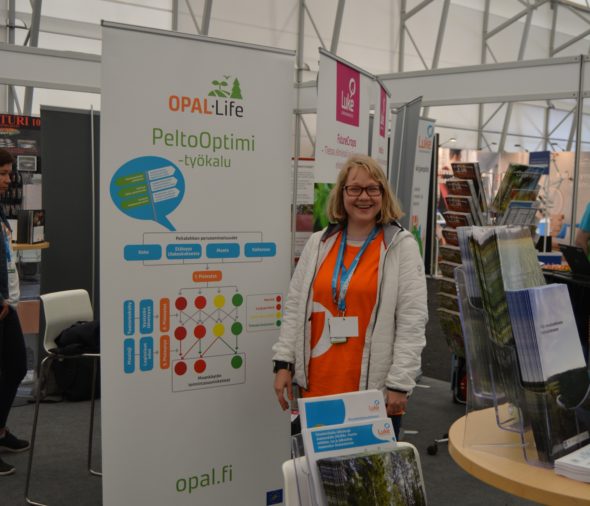 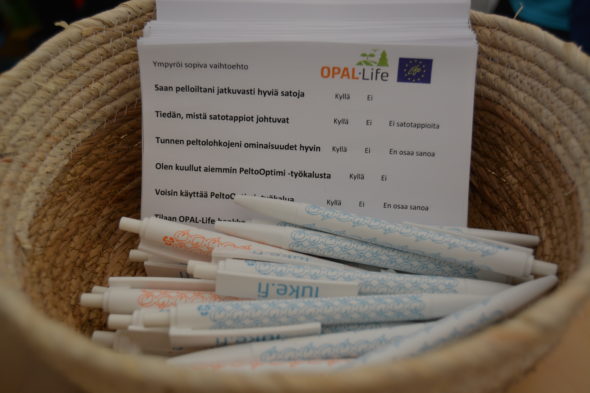