Already existing economic farm level dynamic optimization models simulating crop management, crop yields and land use development based on farm level economic decisions making are used in evaluating the economic feasibility and sustainability of choices suggested by the Land Use Optimisation. This comparison between the crop, farm and land use management choices suggested by the two approaches is conducted on the identified most typical farm types on each region. Four farms have been selected for detailed economic data collection to develop farm specific economic assessment from regions of Southern coastal area, Häme, Northern Savonia and Northern Ostrobothnia.

While the generic applications of Liu et al. (2016) and Lehtonen et al. (2016) considered a generic model with 10 field parcels our empirical approach considers real farms, their field parcels with information on the size, crop yields and soil type of the parcel, as well as distances to the farm centre explicitly. This requires additional information from a farmer. Sufficient data of field parcel specific information (distance, size, cultivation history) have been received from some farmers and large part of the data has been already implemented in the model during spring 2017.

First results, e.g. land use and crop rotation patterns on different field parcels and at a farm as a whole, as well as fertilization, fungicide use and liming decisions, production volumes and farm income, are under development and expected to be reviewed with the farmers during fall 2017 (October-November). The results also include environmental indicators such as changes in greenhouse gas emissions and nutrient leaching. 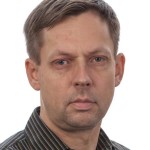 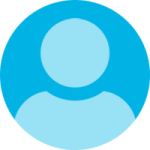