Social acceptance can be, in general terms, described as how well the goals and actions respond to the values and appreciations of the citizens. In the OPAL-Life project, we are primarily interested about farmers’ views concerning land use optimization principles, sustainable intensification practices and climate change. But we also explore the views of a larger public in Finland concerning the future paths of agriculture.

Interviews with the demonstration farmers

During the development of the pilot version of the Land Use Optimisation Tool, the first set of interviews was held at the demonstration farms in 2016. The first discussions focused on gathering the baseline information not available by other methods. Also issues concerning the decision making process and things influencing farming choices were discussed. The farmer’s views on climate change mitigation and adaptation actions in agriculture and the preparedness of the farmer to implement these actions are also focal points in the discussions, and will be followed through in all of the three rounds of discussions.

The second round of farmer interviews was conducted in April and May 2017. Pilot farmer interviews have been successful – mutual trust and confidence has been reached. Information from the interviews has already been used in many instances in the project and deeper evaluation of interview data is on-going.

The third set of interviews was held in 2018 and focused on the results of Land Use Optimisation Tool. The pilot version of the tool was used to create optimisation results for each pilot farm, and in the interviews, farmers had a change to comment them. Next and final interview set will be held in spring 2019.

The results will also be presented in the seminars and discussed with the stakeholders and target audiences of the OPAL-Life -project.

A survey to the wider farmer community

A wider understanding of the social acceptability of the Land Use Optimisation Tool, the actions that it proposes and climate change related actions in agriculture requires a larger pool of opinions. The OPAL-Life -project also wants to find out whether the project actions have reached a wider agricultural audience. These two targets will be reached by issuing an internet based survey twice during the project. The survey results will be used to fine-tune the Land Use Optimisation Tool.

The first survey was carried out in spring 2018, and total 4401 farmers responded. The survey consisted of three thematic areas and questions about the farm and farmer background. The thematic areas are:

1) Farmers possibilities and willingness to adopt sustainable intensification practices (including opinions on agricultural practices, economic, social and cultural constraints, ecological diversity, reforestation, information on the condition of fields and productivity)

Data from the surveys is being analysed at the moment. The 2nd survey will be released in the beginning of the year 2020.

An invitation to open participation by crowdsourcing

To further strengthen the participatory approach in the OPAL-Life -project, an open possibility to comment and take part on the development of the land use optimisation approach and through this climate change mitigation discussion in agriculture as well as biodiversity issues was created. In crowdsourcing citizens are invited to share their ideas, perspectives and opinions about matters that traditionally were beyond their access and influence. It’s an open call for anybody to participate in a task open online. Crowdsourcing serves as a tool to gather collective intelligence for a variety of purposes. 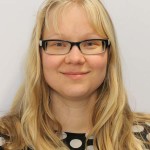