The main aim of this action is to comprehensively monitor the major environmental impacts of the implemented land use and management changes, especially on GHG emissions and biodiversity. As resilience to climate changed-induced higher weather variability is an important future adaptation challenge, we also assess the effects of more diverse crop rotations and farm landscapes on sensitivity to climate variability.

Monitoring the impacts of land use changes on GHG emissions

There will be three types of management, 1) an intensified field with increased fertilizer rate, 2) extensive grassland and 3) afforested field. Three fields of each management type in two different locations will be monitored throughout one year (2016-2017). The biomass production of all demonstration fields will be measured in 2017-2019.

Emissions of N2O and ecosystem respiration will be measured for one year on four farms using the chamber method combined with gas chromatographic analysis of samples. The dataset will include emission measurements from two fertilization rates of a cereal (3 fields), extensive grasslands (3 fields) and afforested fields (3 sites) together with basic background data (soil temperature, mineral N content, pH, C/N ratio) which allows for a statistical analysis of the effect of management intensity on N2O emissions.

Future estimation again will be based on different scenarios of future land use changes. Thereby, both on-going and the near future impacts on GHG emissions after the project lifespan are assessed.

Monitoring impact of land use changes on biodiversity

The impact assessment will first be based on analyses into extensive georeferenced data on breeding birds (about 200 000 territories of 55 bird species) from 1.2% of Finnish agricultural field area from 2000–2013. These data combined with detailed information on agricultural land use (also in GIS) allow formation of data subsets for analyses of bird diversity in different land use scenarios. Bird censuses have been conducted in four pilot farms in three regions in May and June, 2016. New census data from three pilot farms in two regions has been collected in May and June, 2017. All censuses in 2016 and 2017 were and will be completed with censuses in nearby control (non-pilot) farms.

Secondly, an assessment will be made with game mammal data which were collected on permanent snow track census routes in landscape mosaics of farmland, forest and human habituation. These censuses cover most intensively farmed regions of Finland roughly on a 100-km broad belt from Baltic coasts. These data are also georeferenced and will be modelled with land use and management data in landscape scale. The models of both bird and mammal analyses will be used to create scenarios relevant for assessing the impact of optimisation changes in land use and management.

Biodiversity changes are monitored at pilot farms and estimated at national scale. Future estimations of biodiversity impacts will be based on different scenarios of future land use changes.

By linking the recent results provided by Luke in other on-going projects about differences between crop species in responses and sensitivity to weather constraints as well as frequency for each constraint (according to long-term climatic datasets and climate change projection for the next 20 years), estimations of changes in crop diversity on resilience to climate variability will be demonstrated.

The changes in soil structure and physical quality of extensified fields will be monitored in one farm on each four monitoring areas two years after land use change. The results will be linked to the existing knowledge from earlier studies to estimate the field amelioration and return to food production. Recovered land area is monitored at pilot farms. The land recovery processes are also estimated at national scale according to different scenarios on crop rotation and crop diversity changes. Furthermore, the possible need for updating the estimations of recovered land area in the after LIFE-plan is considered as these estimations on land recovery processes may gain substantial new understanding during the OPAL-Life activities carried out in the farmers’ fields. 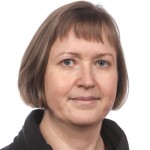